This is a safe that will open with the use of a fingerprint sensor or a password. The safe uses a servo and L brackets to turn the lock, and an arduino determines if the passcode or fingerprint is correct.

My final milestone was fixing many of the major bugs within my project. I resolved issues with the speaker and servo and improved the locking design slightly. At this point, the fingerprint safe is complete. 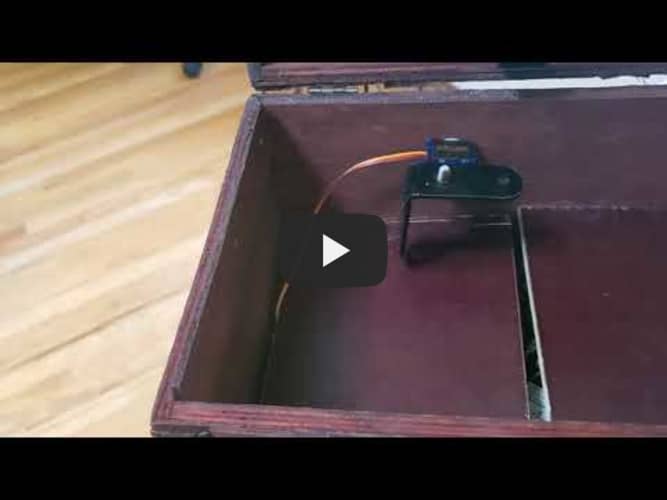 My fourth milestone was adding a speaker to the safe. After watching a short tutorial, I was able to apply my musical knowledge to the arduino’s code and get it to play a short tune when the safe opens and closes. Initially, the speaker’s volume was too loud, so I had to figure out a way to include a resistor into the circuit. I accomplished this by twisting the resistor’s wire around the speaker’s ground and connecting the other end directly into the arduino. Although the setup seems unstable, the circuit works perfectly and operates at a reasonable volume and even incorporates the servo’s turning moise to hide the speaker’s abrupt ending once the tune stops. 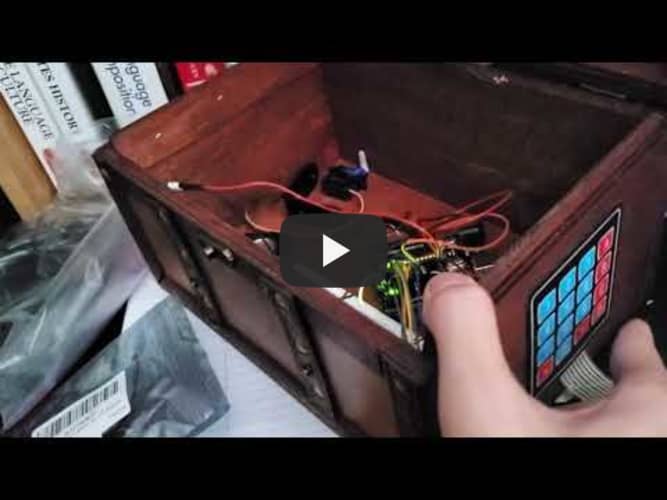 My third milestone was completing the safe and connecting all of the components together. I encountered some issues when my code would not compare two variables due to their differing types, but I was ultimately able to resolve the issue. Furthermore, I was able to reprogram the keypad to check for different password lengths rather than a predetermined amount, increasing the security of the device. I also drilled holes into the side of the safe to put the wires through and installed an impromptu switch to turn the device on and off. In the future, I plan to include a speaker to hide the sound of the servo turning, secure the locking mechanism, and hide the wiring to make the safe look better overall. 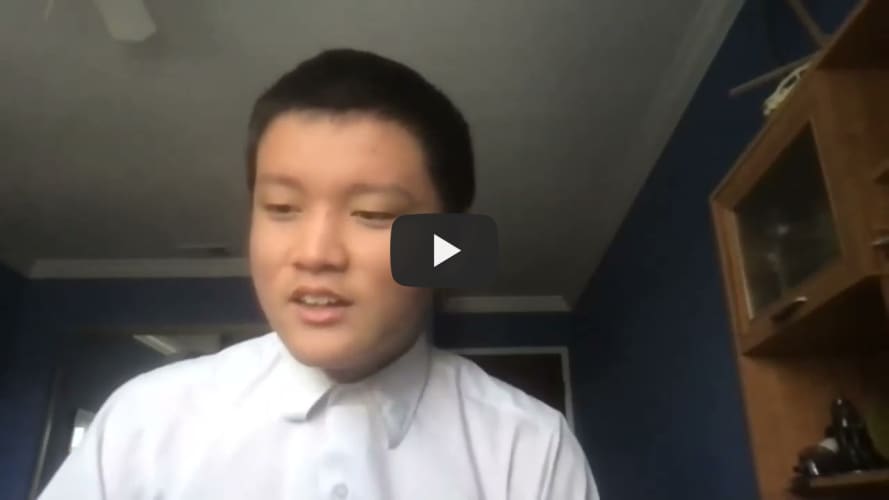 My second milestone was connecting the keypad, fingerprint sensor, and servo together. Though I encountered some issues with the motor twitching, I ultimately decided to ignore it since the locking mechanism would be unlikely to completely fail due to small movements of the motor. The safe will now open and close with either a fingerprint or a passcode. In addition, the safe still needs a way to be turned off, whether that be through the use of two wires or with a switch. Finally, I still need to determine how I will mount the locking system into the safe as well as figure out how to install both the fingerprint sensor and the keypad on the safe front, but once those two issues are resolved there will likely be no further issues hindering the safe’s completion. 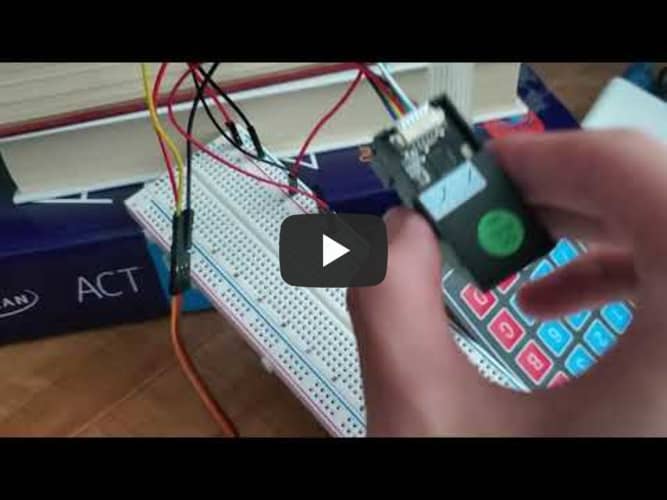 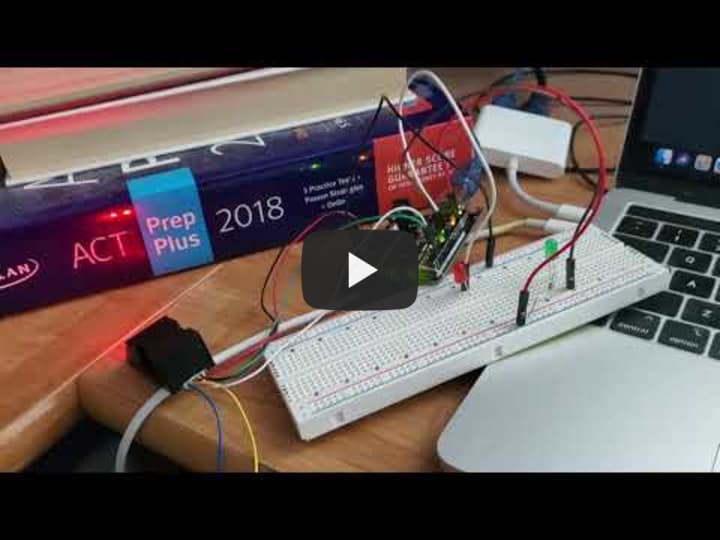